T he Arab Spring, Yemen 2011. The revolution continues. It’s the monsoon season and life goes on smoothly for the inhabitants of Socotra Island.

Not far from land, a sailing boat bearing an Israeli flag sinks and the search for survivors begins. A castaway is washed ashore a secluded beach. A sudden development leads to an unexpected turn…

On the other side of the island, a native dreams of the castaway seeking his help. He prays to God for answers. Now it has become difficult for him to distinguish the line between fantasy and reality.

This adventure begins through the castaway’s body, a man who in the sinking of his life sees for the first time a chance to reawake, to know gratefulness, to be reborn. Will he overthrow destiny? Will he get back alive?

“Unknown Land” is Manuel de Coco’s first feature film and its budget was 25.000€

The movie has been filmed with non actors who had no knowledge of the script but only the film’s general idea.

Shootings took place in Yemen (Socotra Island) during the Arab Spring and in Israel.

It is the first feature film which has been filmed in Socotra.
This isolated island has been described as the most alien landscape on earth. According to the latest research, more than one-third of the approximately 800 plants on the island are unique and can be found nowhere else on earth.
Socotra has been recognized as a World Natural Heritage Site and is protected by UNESCO.

It is the first feature film that has been banned both in the Arab world and  Israel.

One year after the film’s world premiere, Shaiya Salem – who is acting the Muslim who tries to save the castaway –
has been missing at a shipwreck in Socotra Island.

“Do we deserve another chance in life?
“Unknown land”, a movie to remind us that we are humans..
An amazing film!!”
Mustafa El-Tayeb – Egyptian Radio
“Paradise is here if you dare to see it..”
Vasily Ruzakov – Ivanovskaya Gazeta 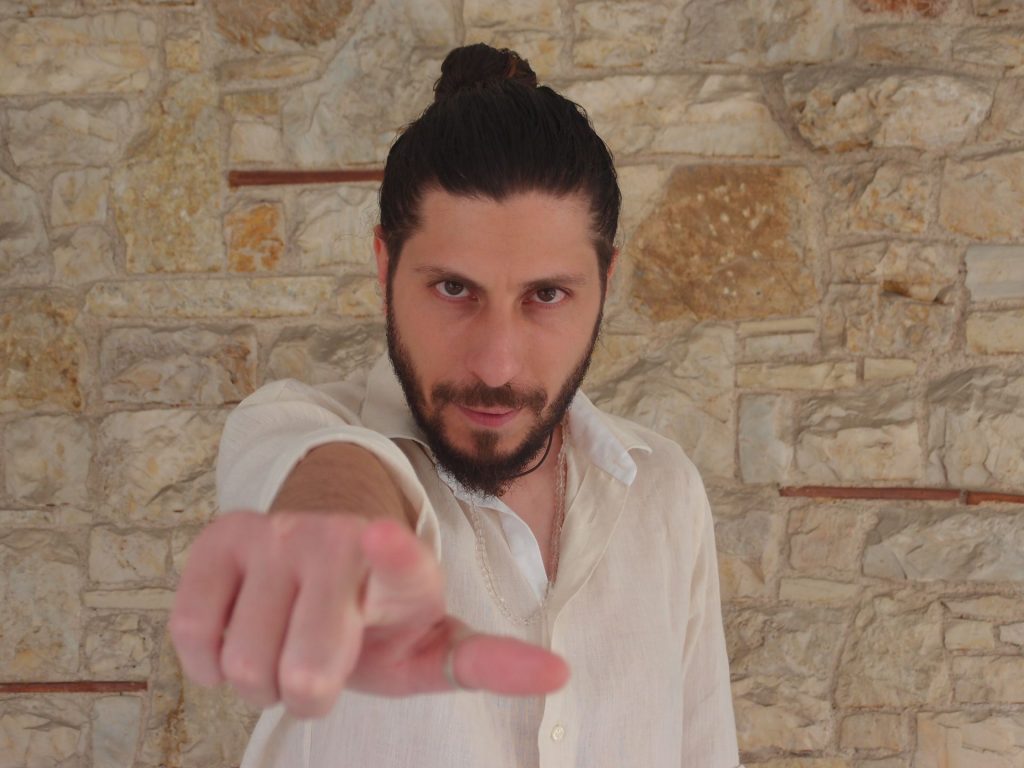 With the Arab Spring and the revolution in Yemen as its background, “Unknown Land” is the story of an Israeli castaway washed ashore a Muslim land; the story of a soul’s catharsis trapped between two worlds. While the external war continues (Arab Spring), another war, that of the hero, climaxes. The film seeks both outer and inner peace.

This adventure begins through the castaway’s body, an ordinary man who in the sinking of his life sees for the first time a chance to know gratefulness, to be reborn. The castaway’s fate is revealed at the end of the film; whether he will be granted the second chance which will lead to a miracle. This desperate second chance which we plead for when faced with a difficult situation in our lives.

The visual style of the film is that of a documentary. This style of filming aids the development of the story because it embodies the naturalism of real life.

The people who participated in the film were not professional actors but were chosen for certain roles according to their clothing and general characteristics. My intention was not to let them know the details of the script, so that they would simply go along with the idea of the movie. Rehearsals with these individuals took place only a few minutes before each scene was shot. This allowed them to feel comfortable, and to improvise freely. In this way they could remain simple and the authenticity of the story could be preserved, rather than having them interpret roles as cinematic heroes who were simply delivering the script. For this reason, the few spoken dialogues in the film are very realistic.

With a pure manner and by creating a poetic atmosphere, the movie promotes a message of peace between the two peoples. “Unknown Land” is a metaphysical allegory with hidden symbols of spiritual, religious and political issues.
Spirituality and politics coexist in this human drama which speaks of regret, forgiveness, acceptance, conciliation, love and much more… Our soul is an unknown land, which few have managed to explore. 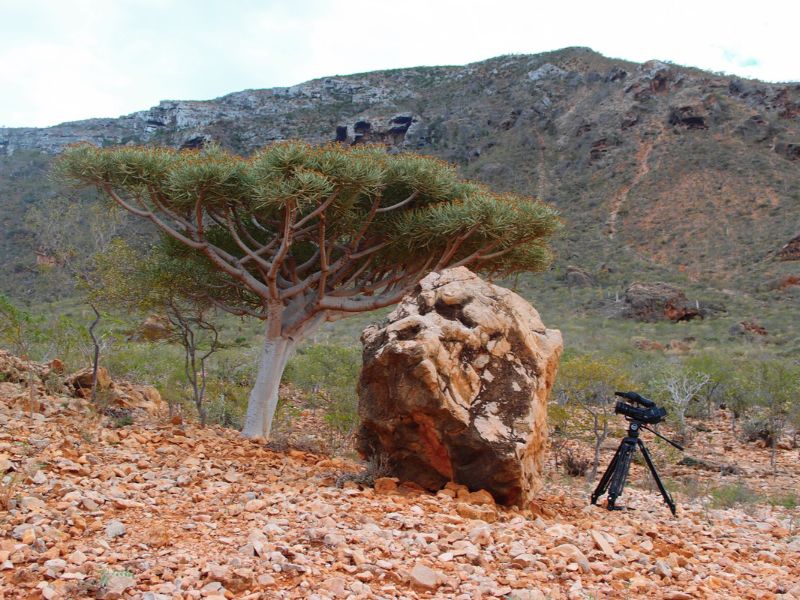 The film was shot during the period when the revolution in Yemen was climaxing. There was issued a travel directive which forbid the entrance of travelers from abroad. The issued visas were provided directly from Yemen and they were delayed for almost a month due to the unstable situation.

Shootings lasted for 12 days and the crew included 8 people, 4 from Greece and 4 from Yemen. We were lacking of basic specialties and we were forced to do double and triple work since we had to cover all the posts.

The sun was rising at 5:00 am and sometimes we needed to be awake at 3:30 am so as to cover the distance from the hotel to the point that the sunrise would be. We were having lunch outdoors wherever we could find shadow. The heat was unbearable and the sun too strong for the lighting of the film. As a result, there was a reduction in the shooting hours.  At dawn, the light faded away within an hour and so we had to act fast. Each day we stopped working at 10:00 pm.

When the monsoon season began to appear we lost a significant part of the shootings, since the weather conditions were preventing us from doing the shootings in the proper way.  Many of the shots were useless since the strong winds in the area were a great obstacle for the completion of the scenes. Most of the dialogues could not be heard clearly.  Therefore the director was forced to shoot the scenes in the location where the script indicated, filming them from far away or with their back on the camera, so that their lips could not be seen. Later on, he did the voice recordings in other locations where the winds were not too strong. Also in many places the shootings were canceled because the cataclysm resulted to landslips and the roads were closed, so we had to maneuver and find other locations more suitable for shooting the scenes.

The electricity in the area was cut all the time…When possible, we were learning from the internet the news about the situation in Sanaa, the capital of Yemen, where we had to cross from in order to go back.  Food supplies stopped coming to the island for the last days because in Sanaa the rebels had occupied the airport.  The tension in Yemen was rising and there was a general worry among the crew whether we would return or not.

One day before the departure from the island the crew found out that their hotel was a shooting target of the opposite party.  For that reason, the hotel placed a guard in the front entrance of the hotel overnight. When we reached Sanaa, the Presidential Palace was attacked and the President of the country was injured.  Due to the fights, all the incoming flights were canceled.  There was lots of tension, agitation and crowding in the airport since many people wanted to leave the country.  We stayed in the airport, where the situation was chaotic, because there was a leak of information that one of the basic targets was the airport too. Finally, our plane arrived the next day.

Manuel de Coco was born in 1975 in Athens, Greece.
He is an award-winning director and writer working on feature films, documentaries and commercials around the world.

His first feature film “Unknown Land” has been awarded at International Film Festivals and banned in many countries of the Arab world and Israel.

Currently he is working on the documentary feature “Invisible World”, the shootings of which took place in Tibet, Mongolia, Russia, Italy, Vatican City, Greece, Israel and Palestine.

Katia Pantazi was born in Athens, Greece. She received her Bachelor of Studies in Greek Civilization from Hellenic Open University. She has also attended the Hellenic Conservatory of Music & Arts where she earned her degrees in Piano, Harmony and in Counterpoint. Fluent in Greek and English, fair in Italian.

She is working as a freelance production manager and festival agent. She has been involved in various projects with Greek and international production companies (Other side Films, Criola Produções, FAOS TV Productions etc.). She is a curator at Delhi International Film Festival since 2013.

“Unknown Land” is her first feature film as a production manager. It has participated in many international film festivals and won several awards. The film has been banned in many countries of the Arab world.

Currently she is working on the documentary feature “Invisible World”, the shootings of which took place in Tibet, Mongolia, Russia, Italy, Vatican City, Greece, Israel and Palestine.

Babis Bizas was born 1954 in northwestern Greece. He studied Political Sciences at the University of Athens and Slavonic languages at the Institute of Balkan Studies in Thessaloniki. Apart from Greek and English, he speaks Russian, Spanish, French and some other languages.

“Unknown Land” is his first feature film as a producer. 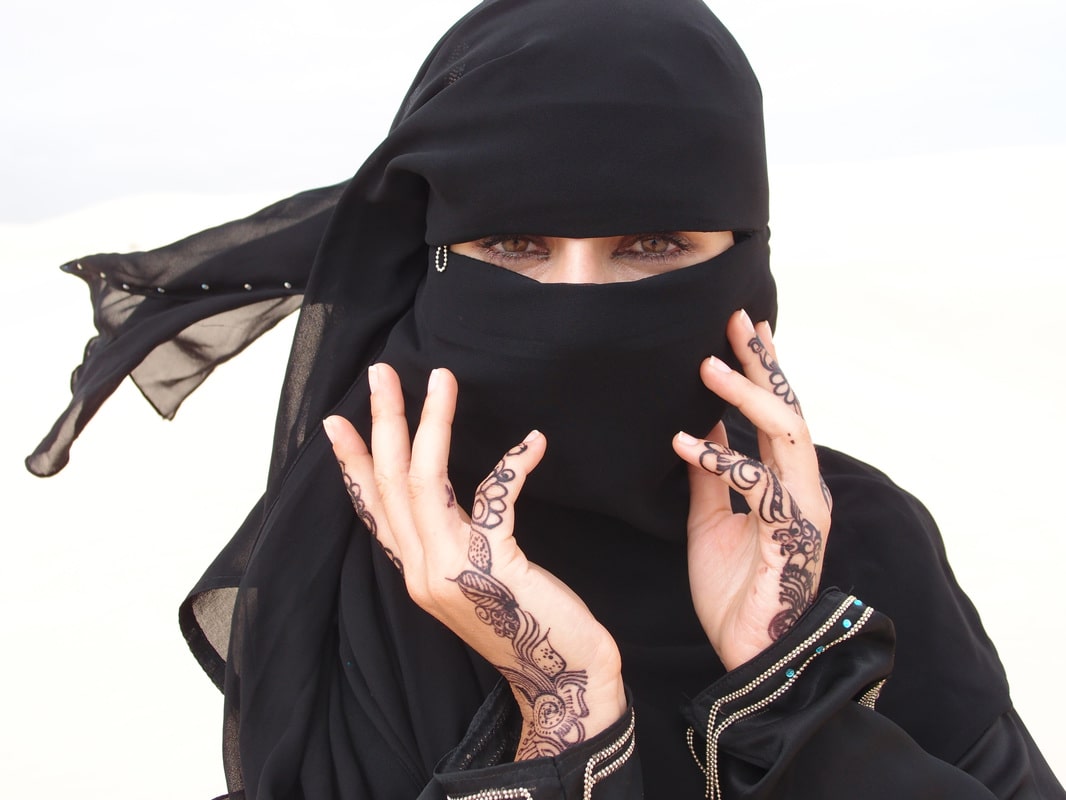 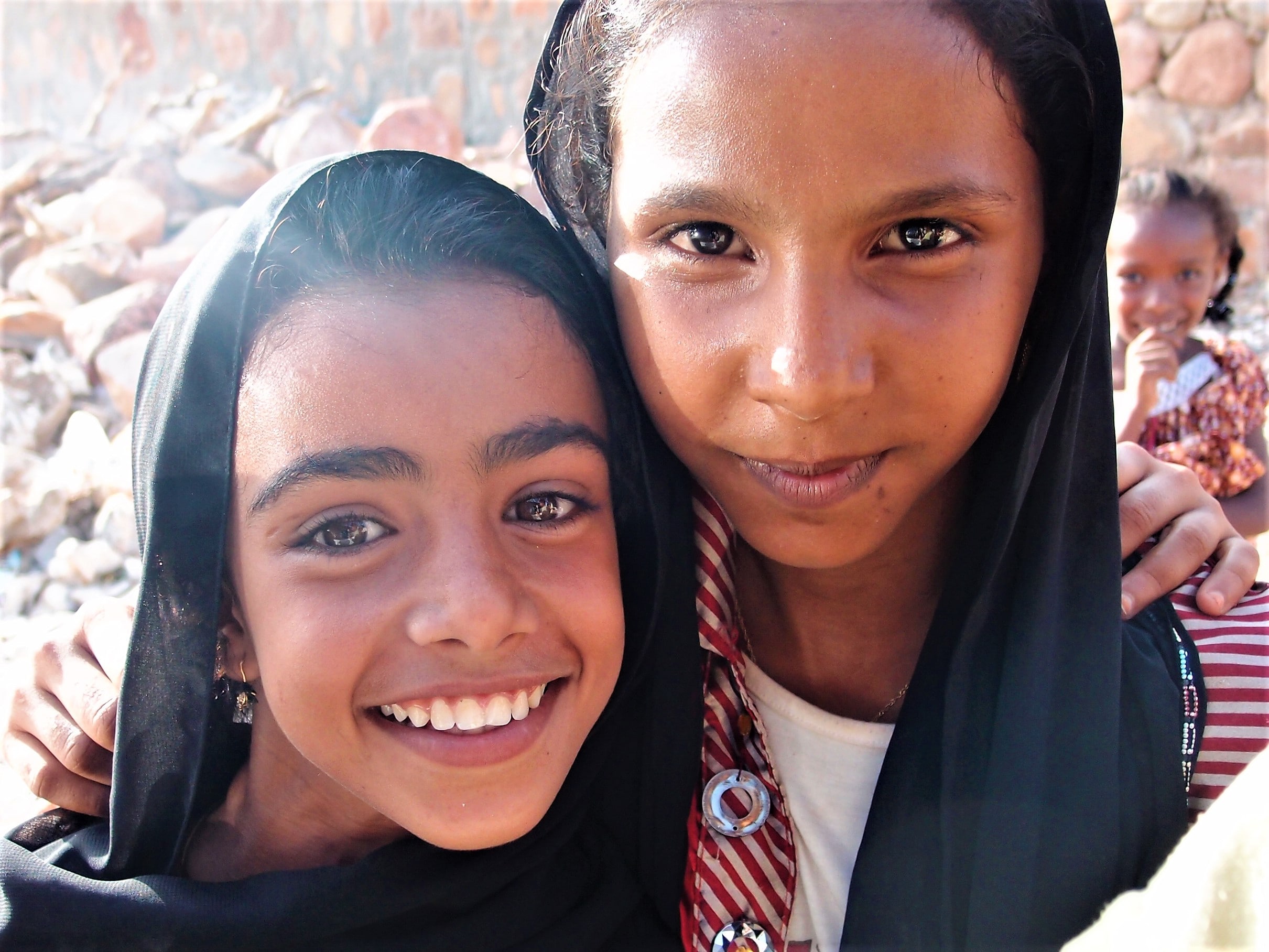 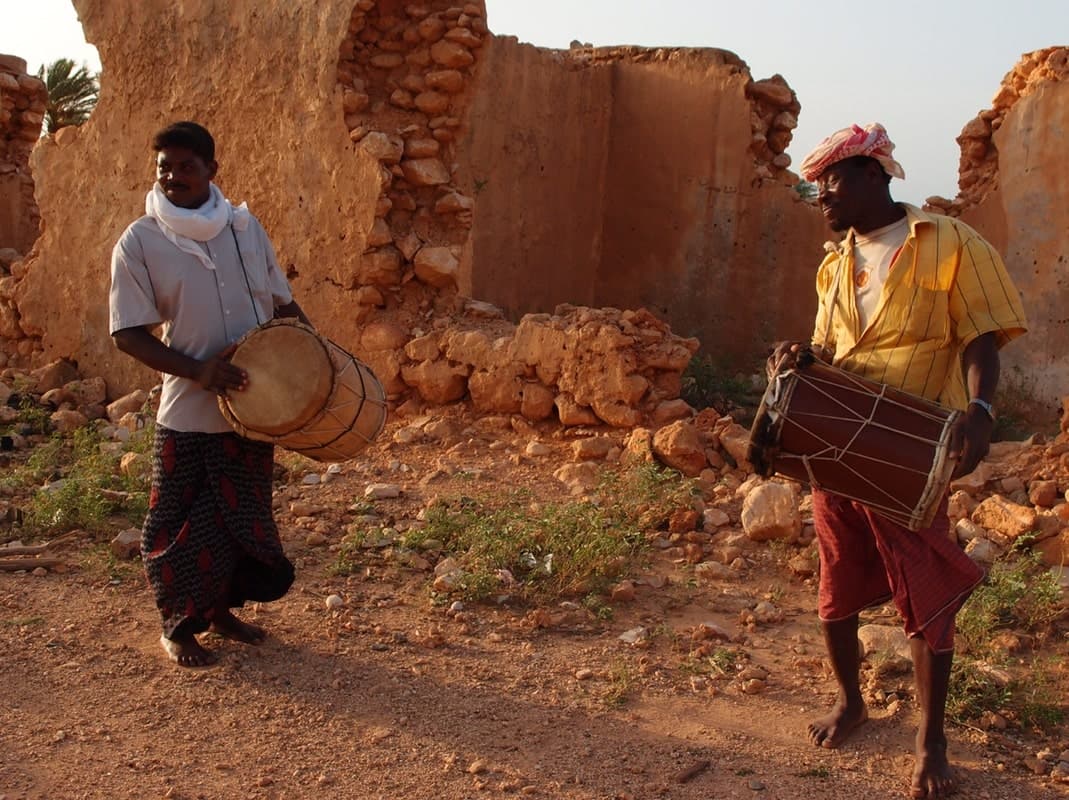 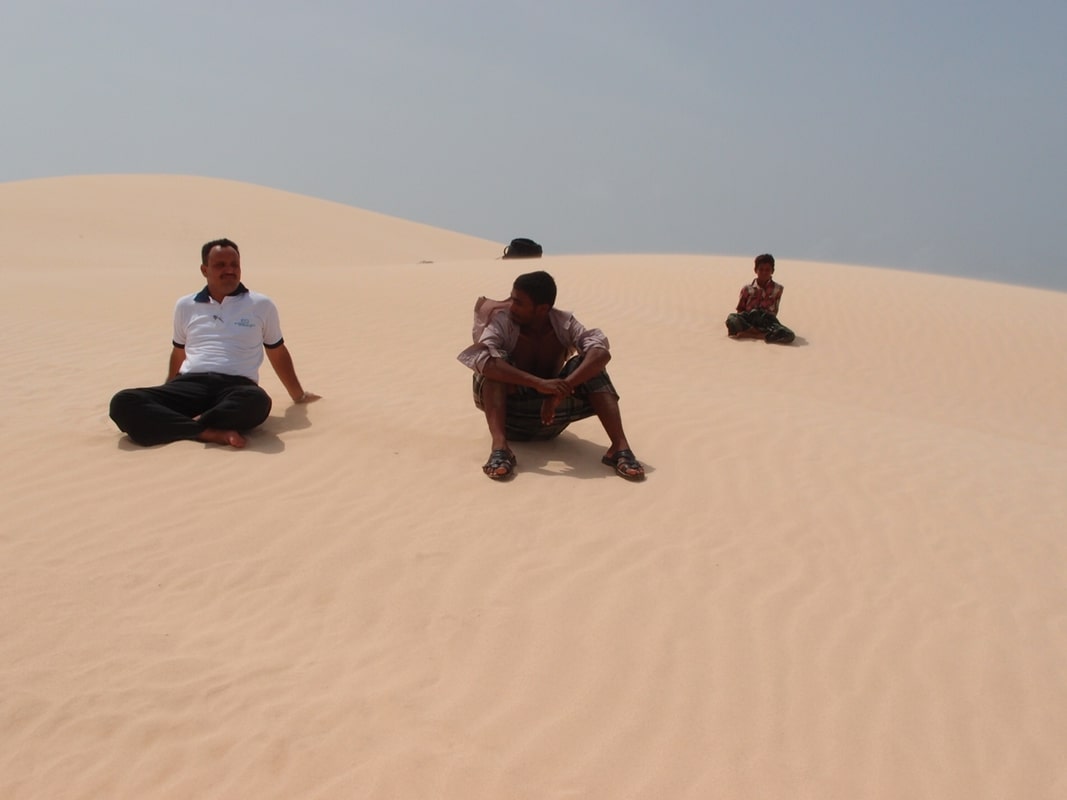 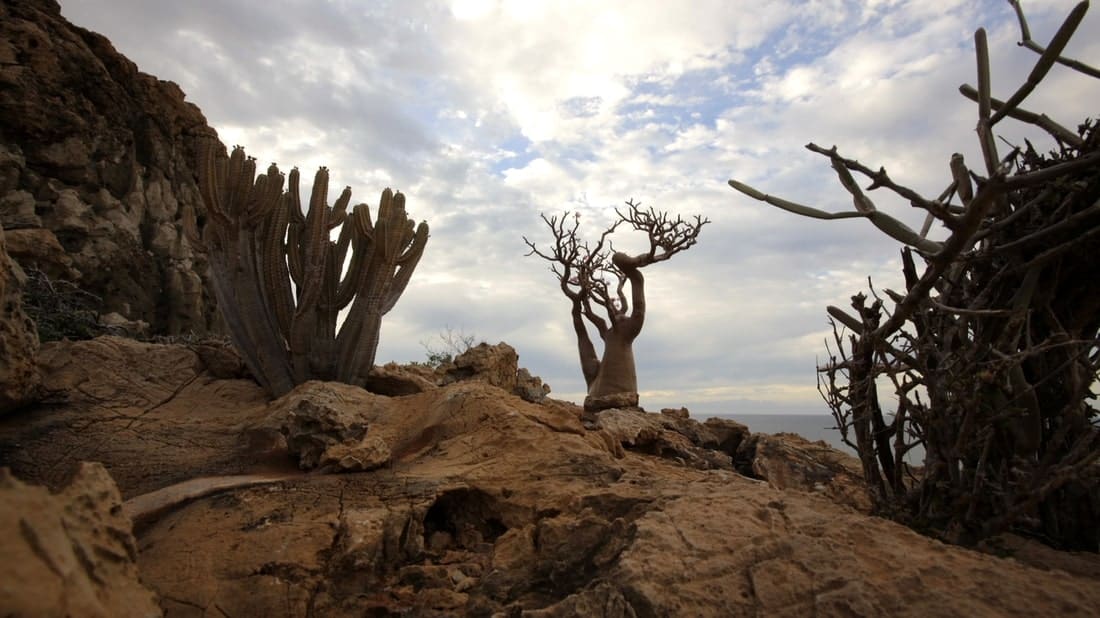 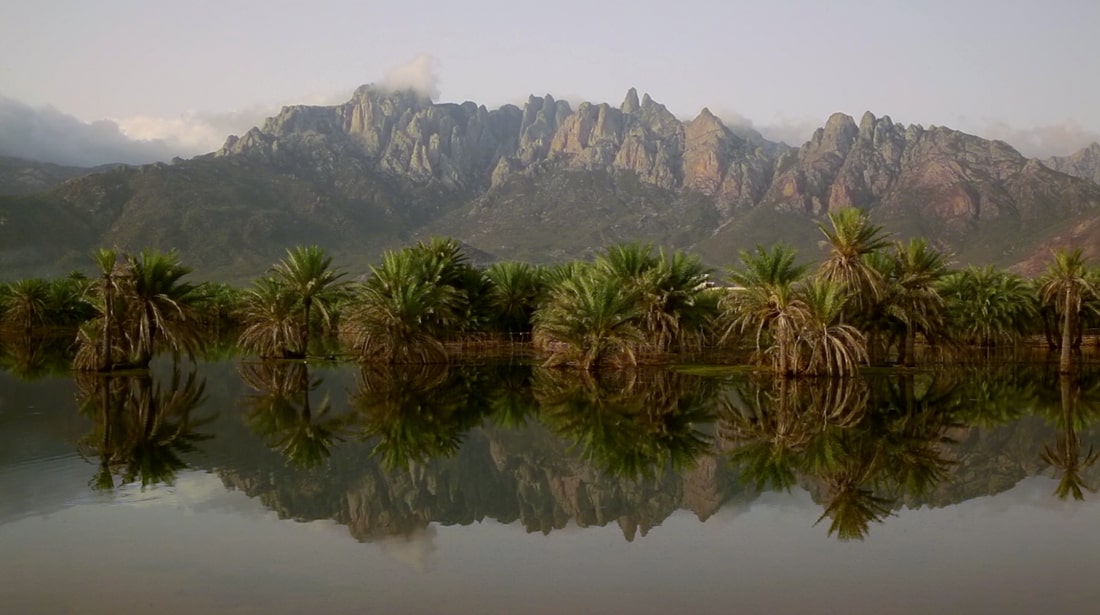 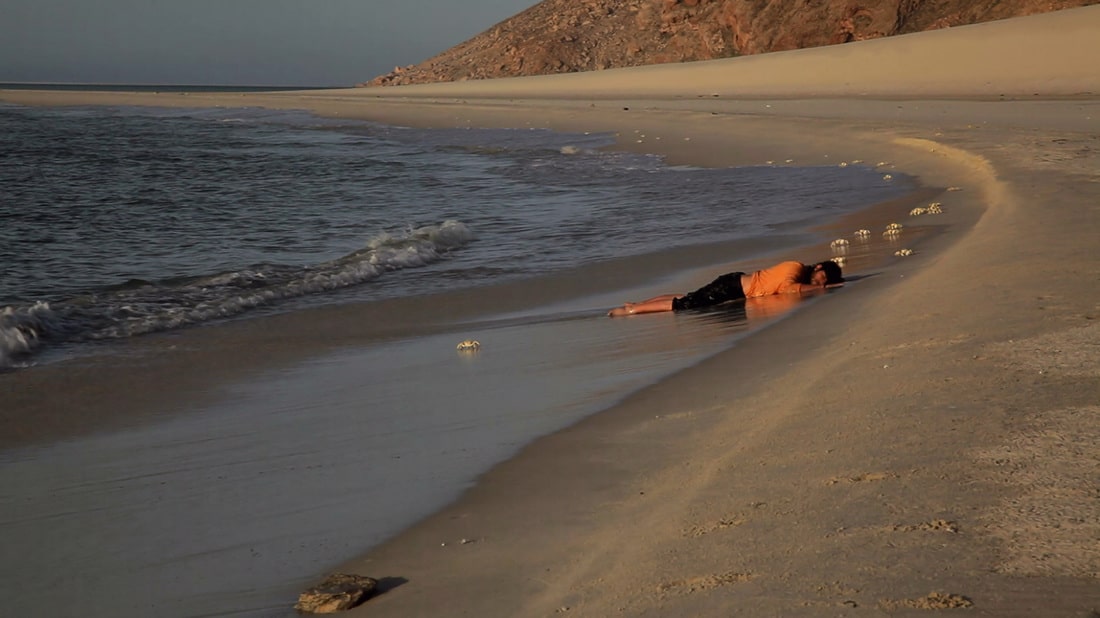 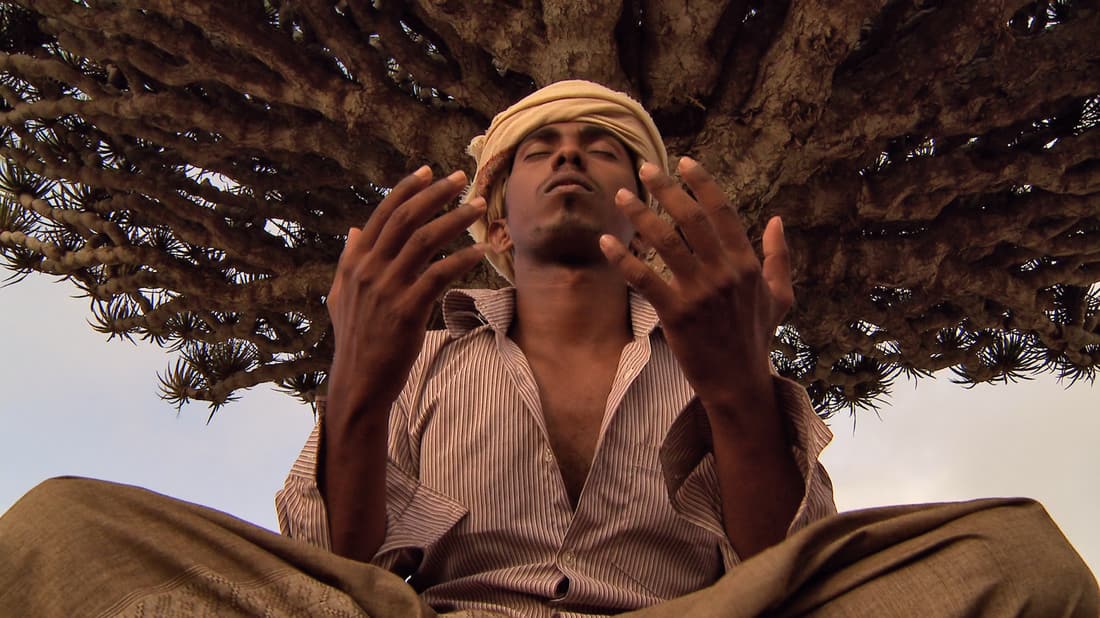 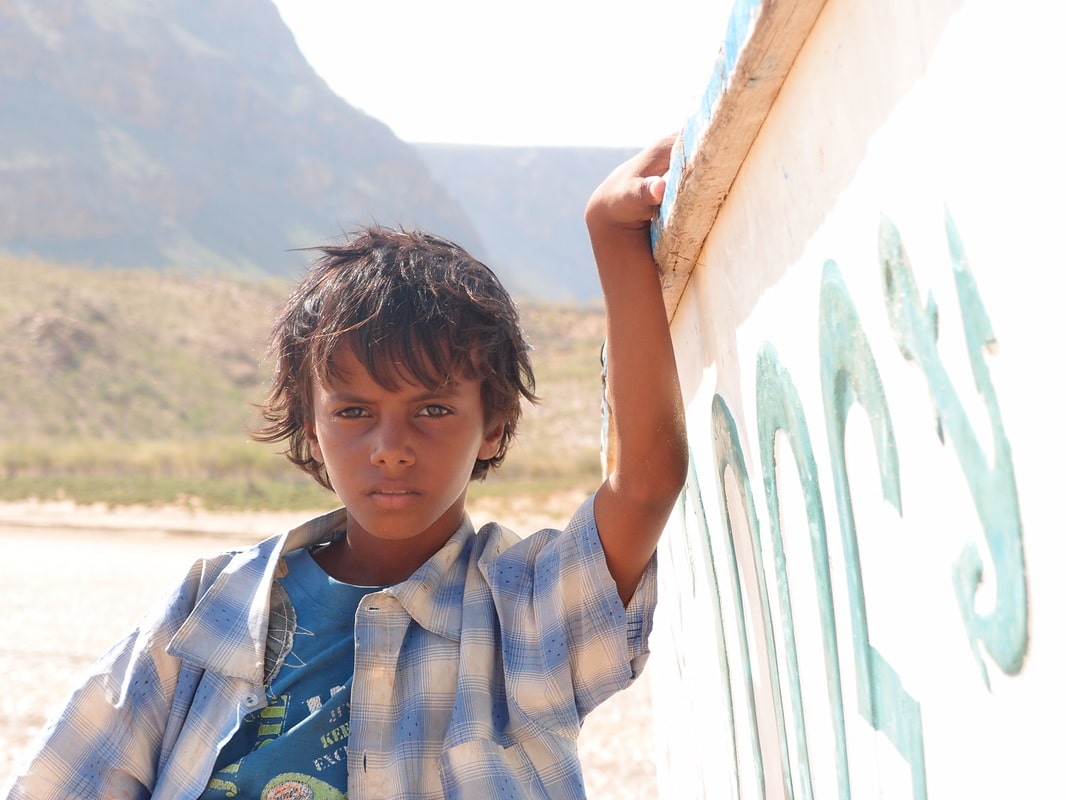 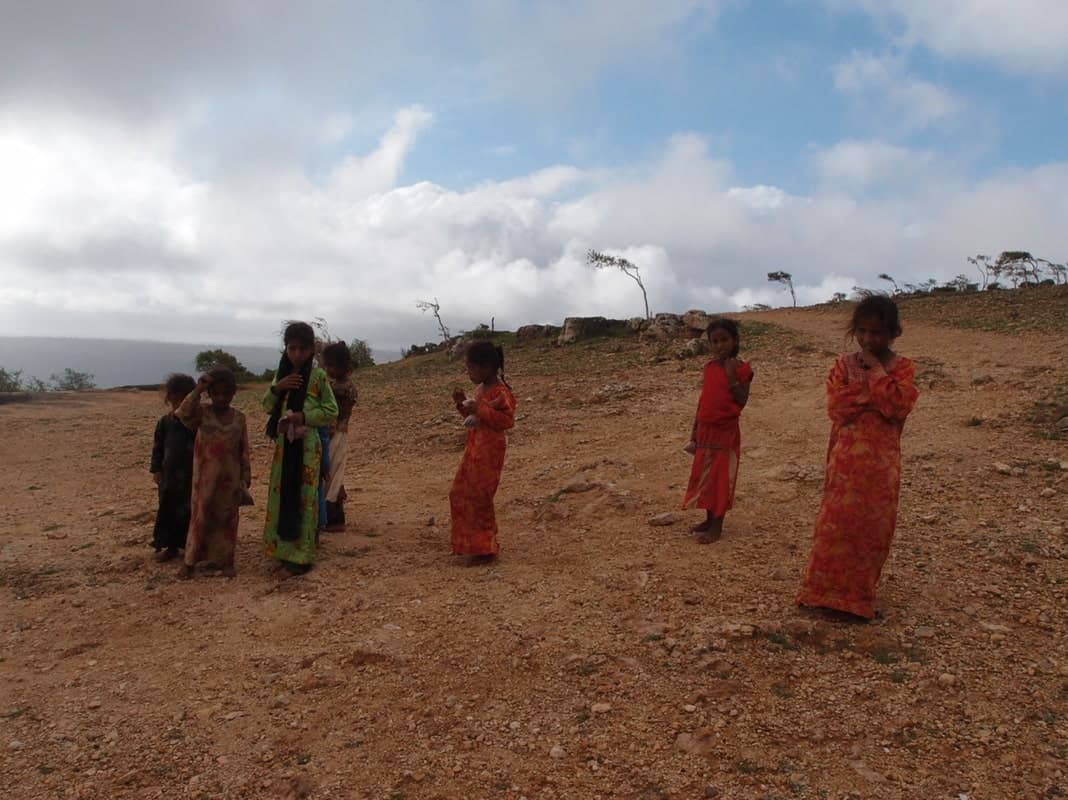 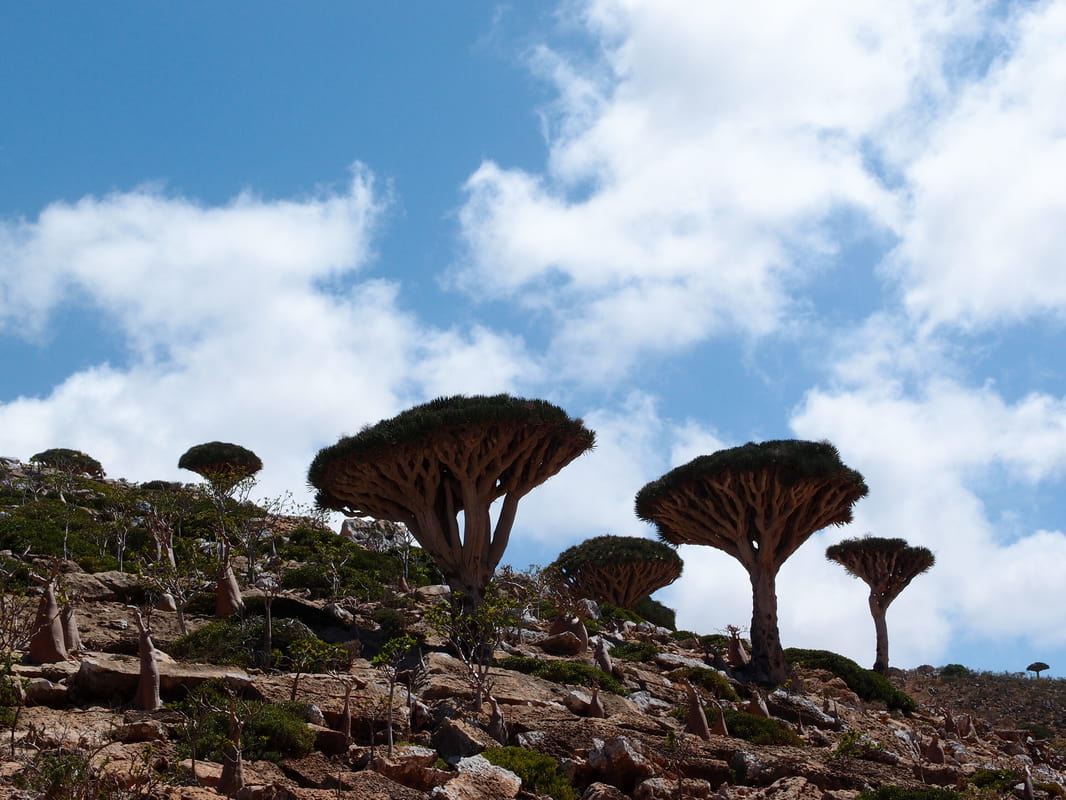 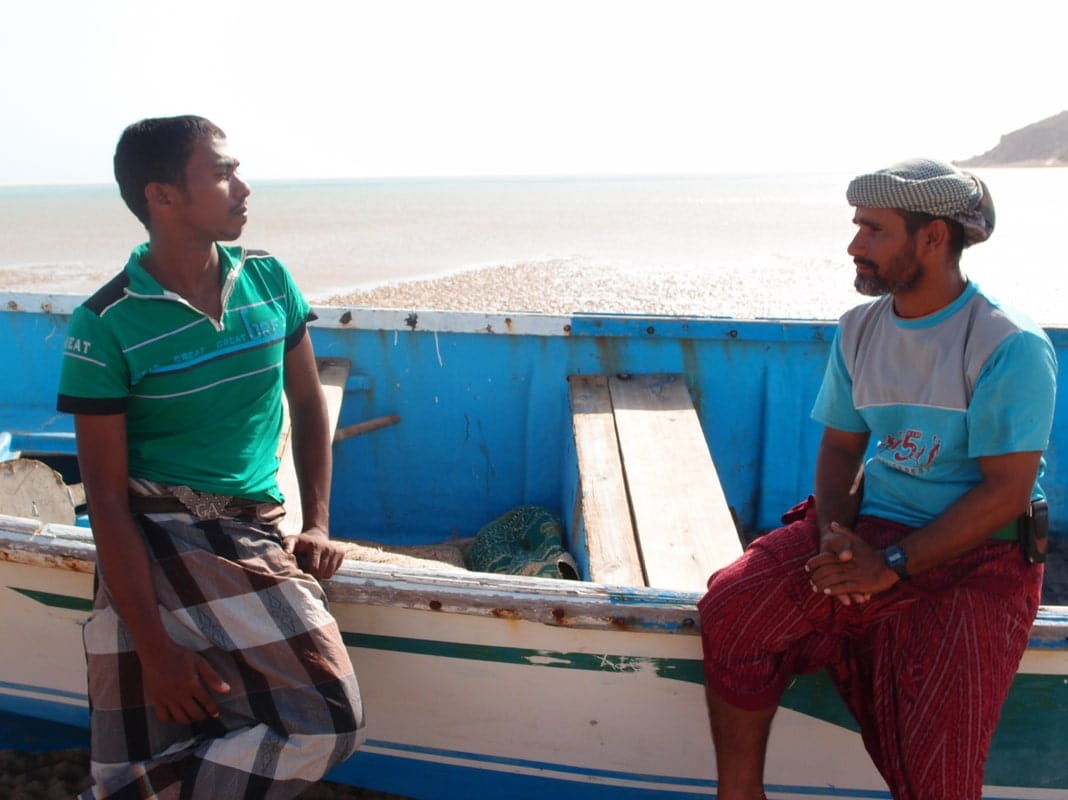 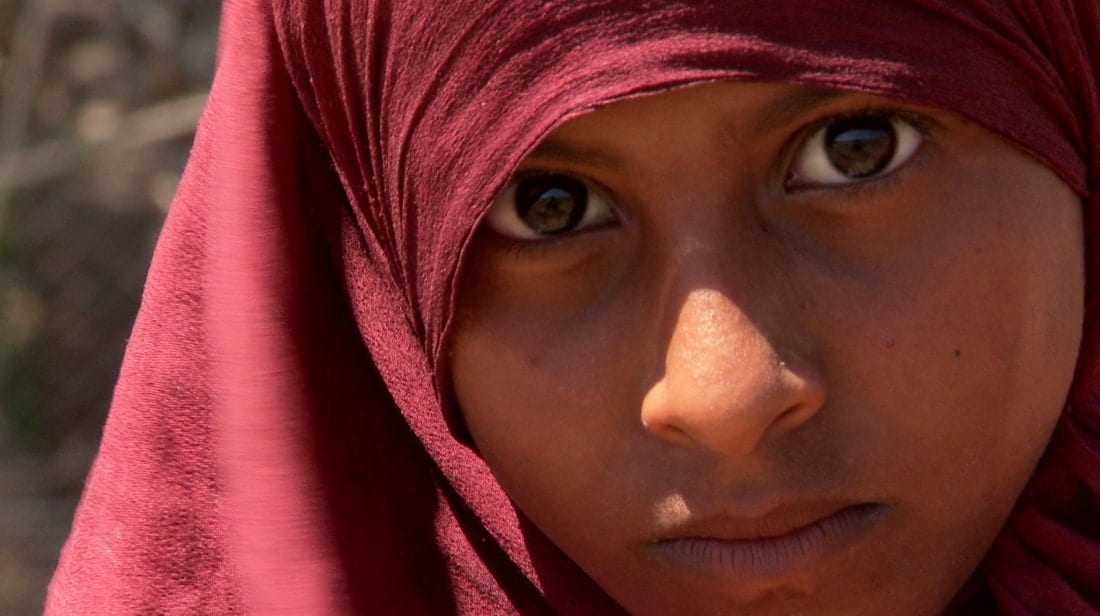 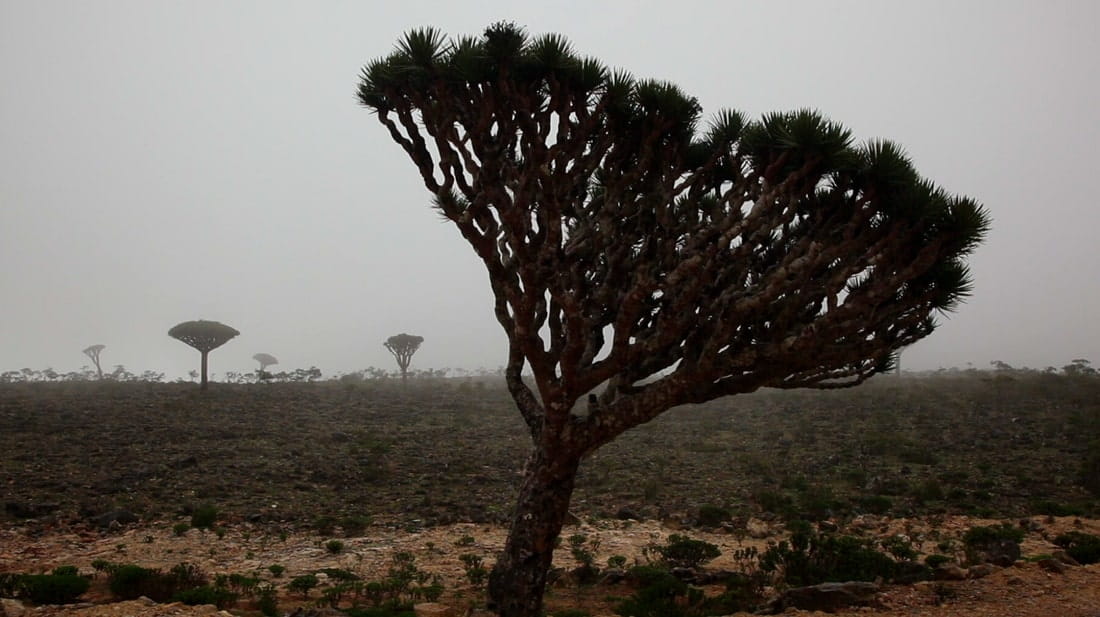 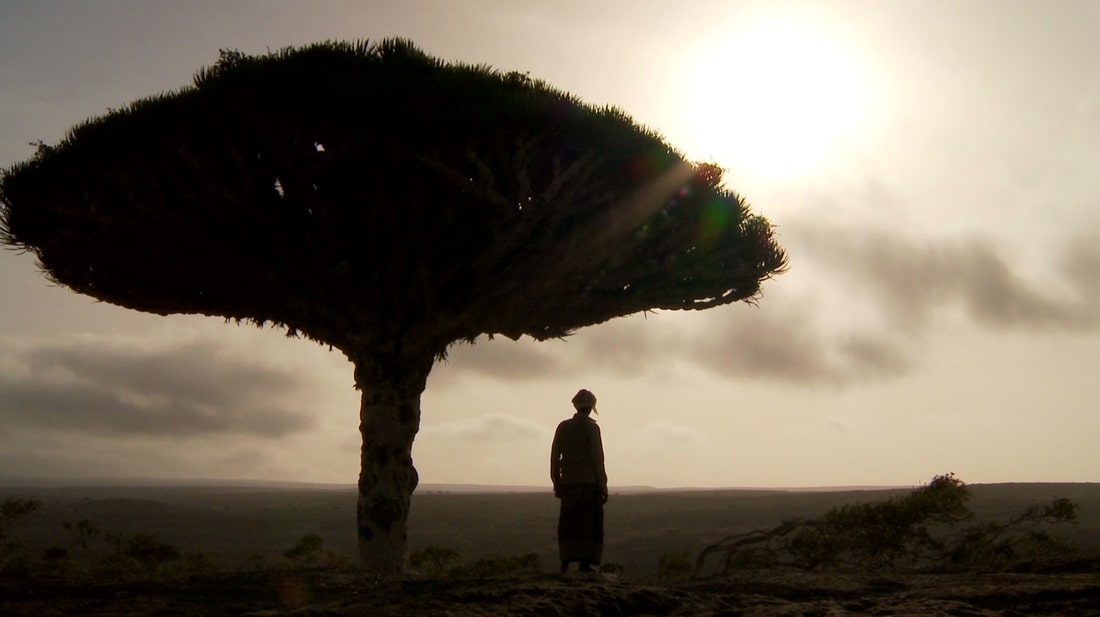 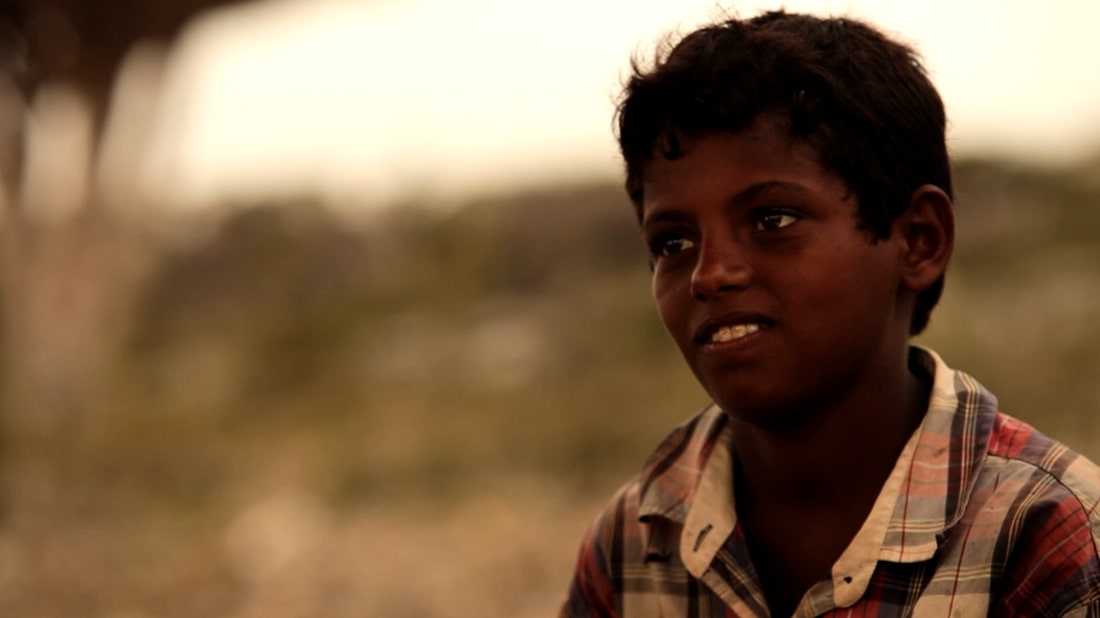 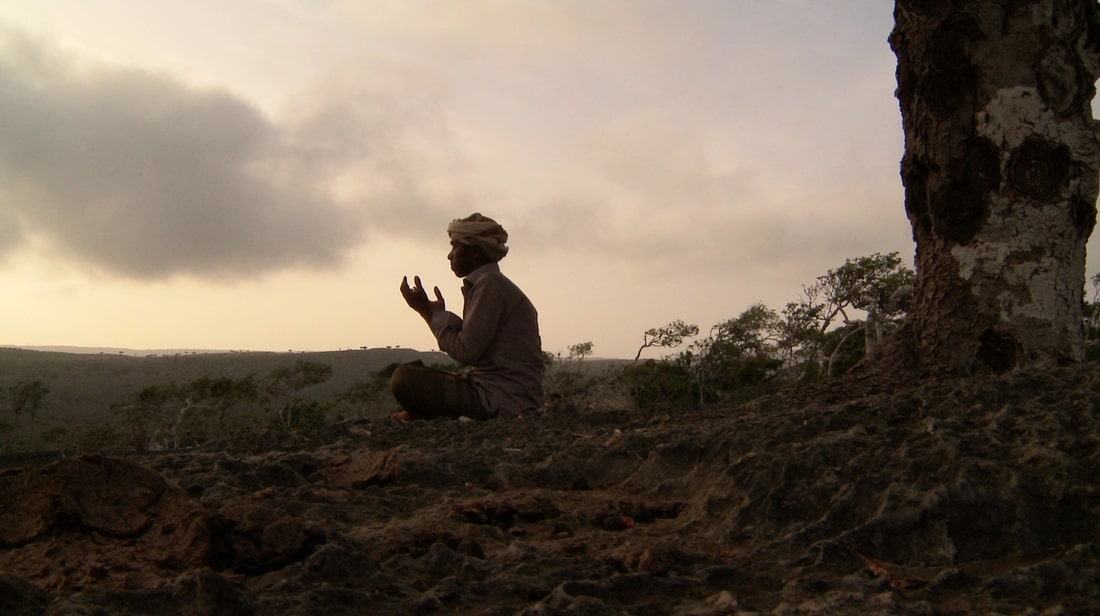 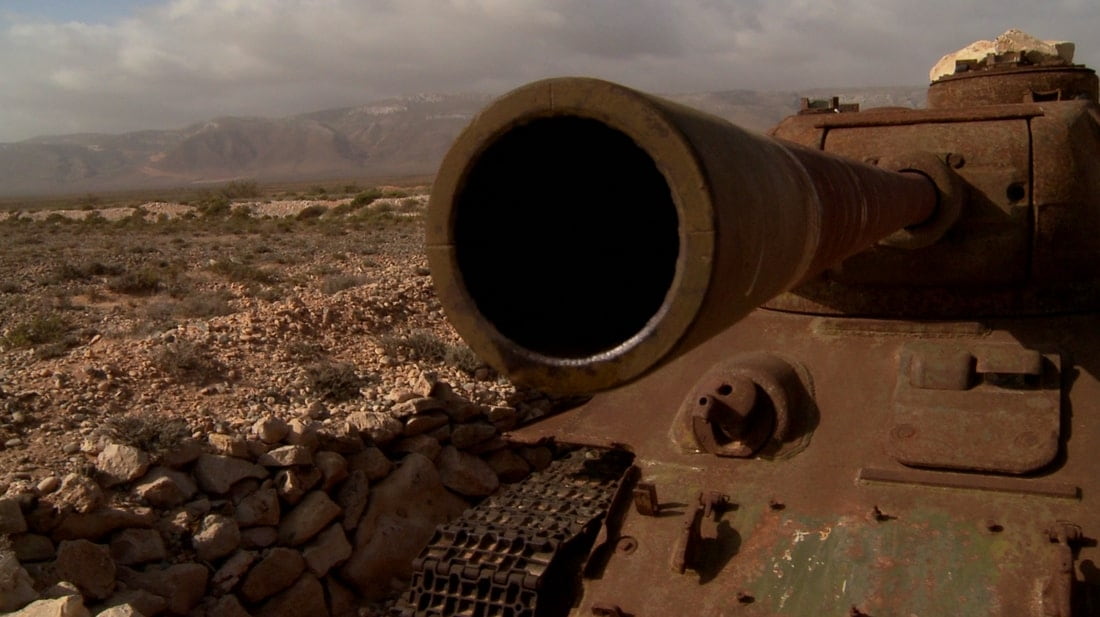 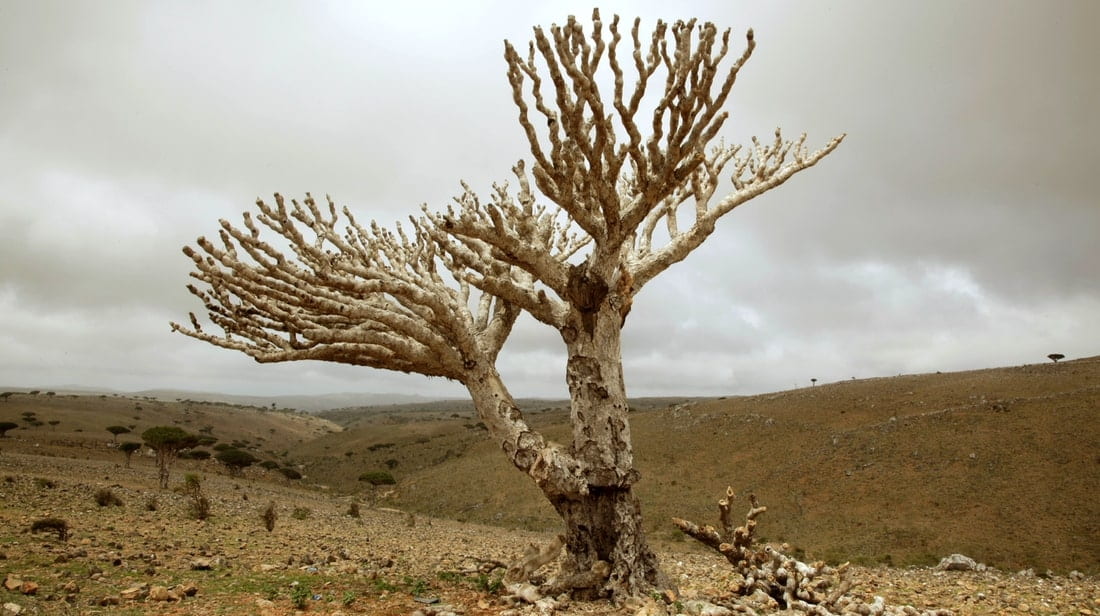 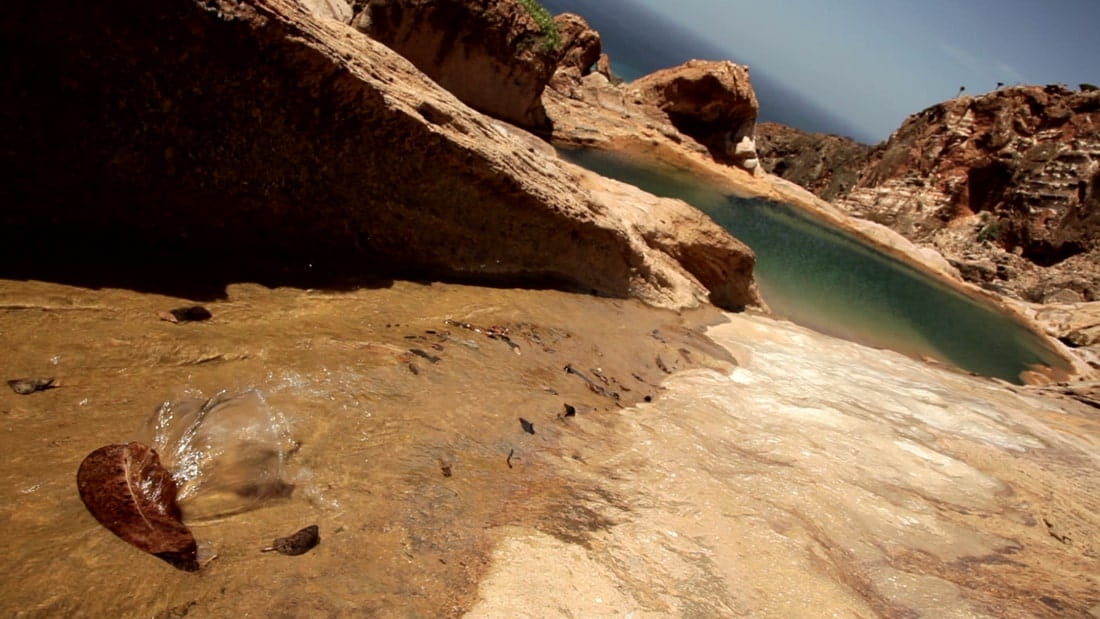 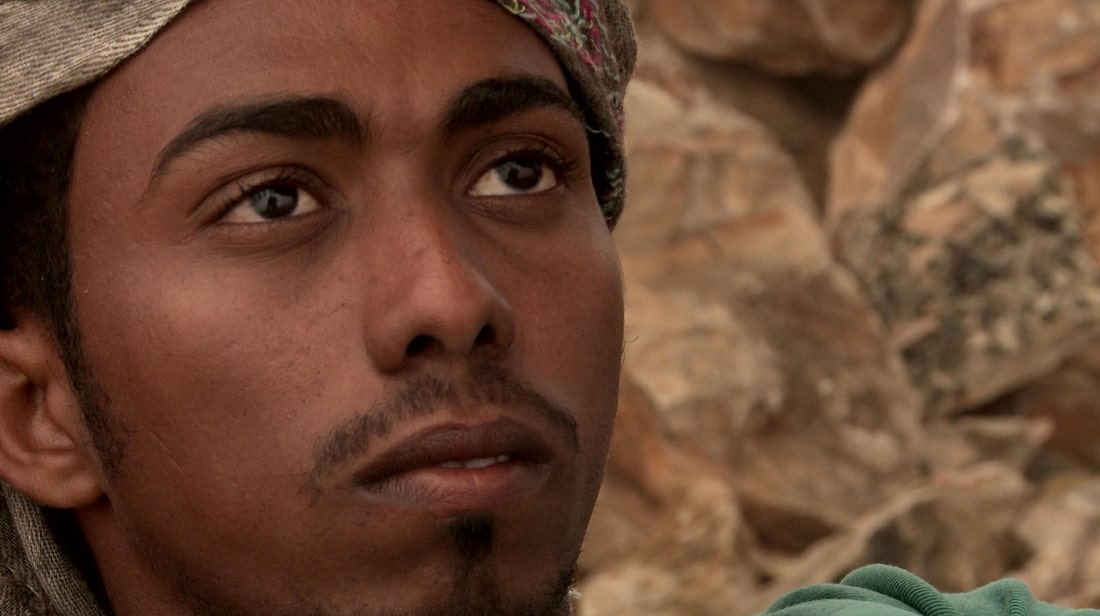 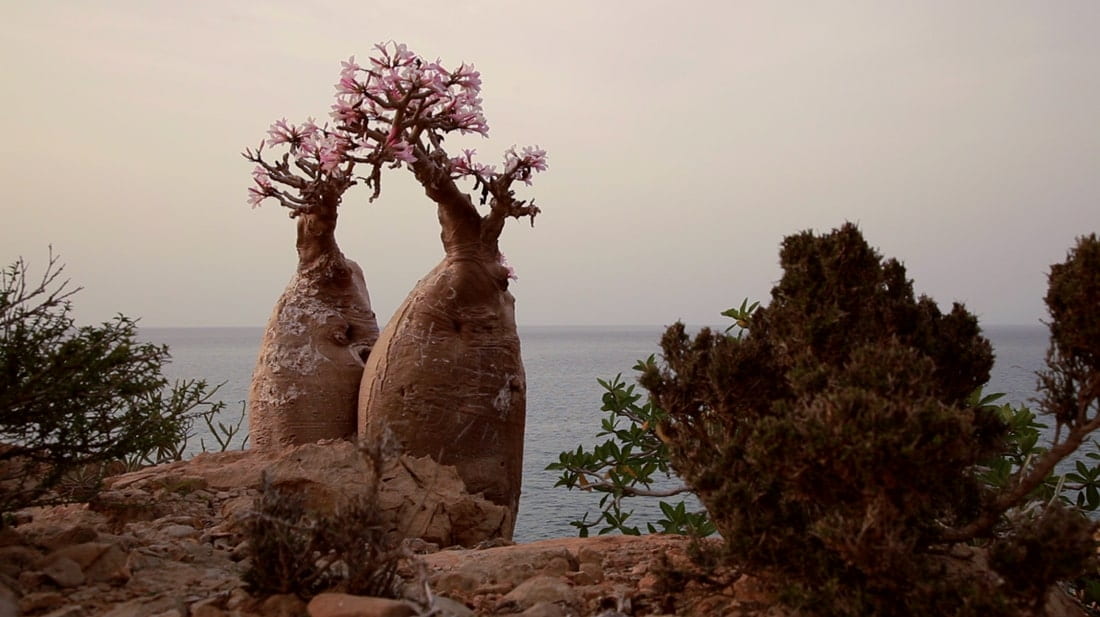 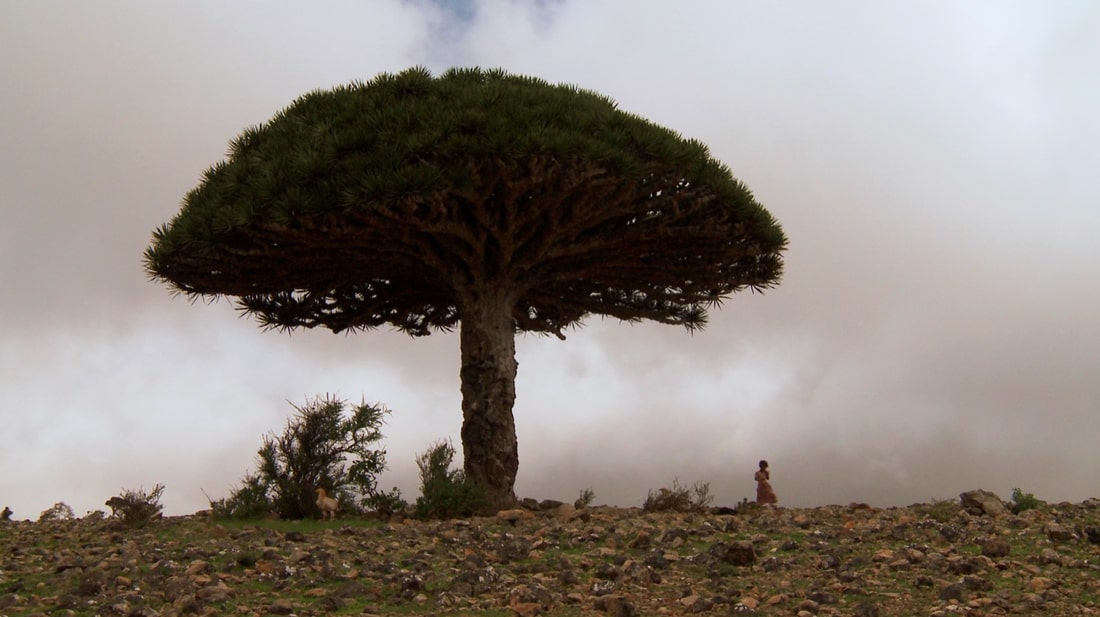 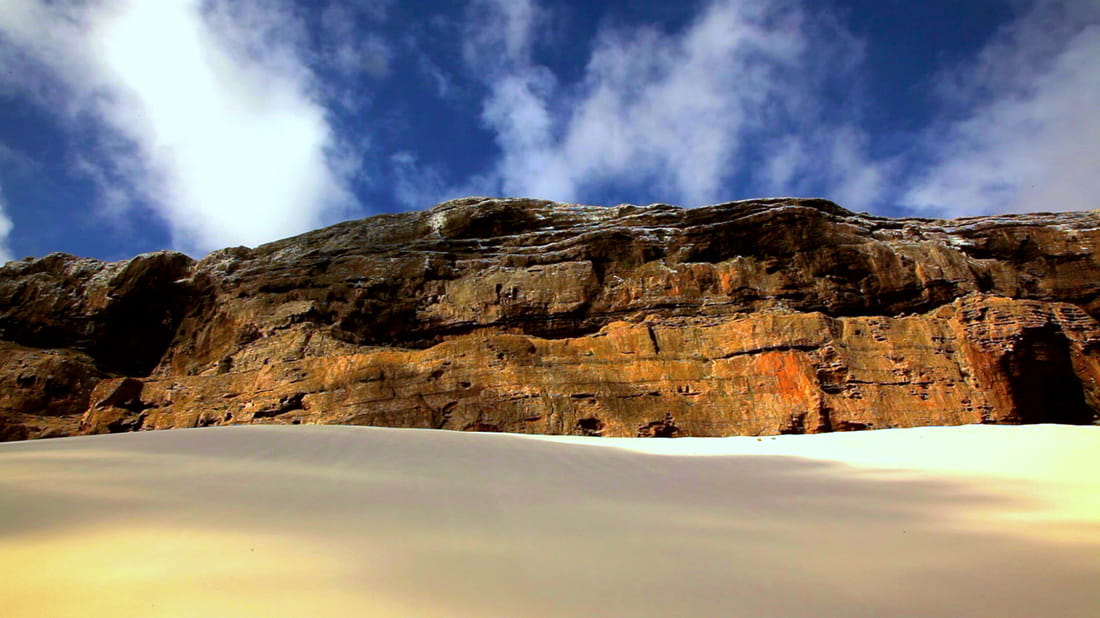 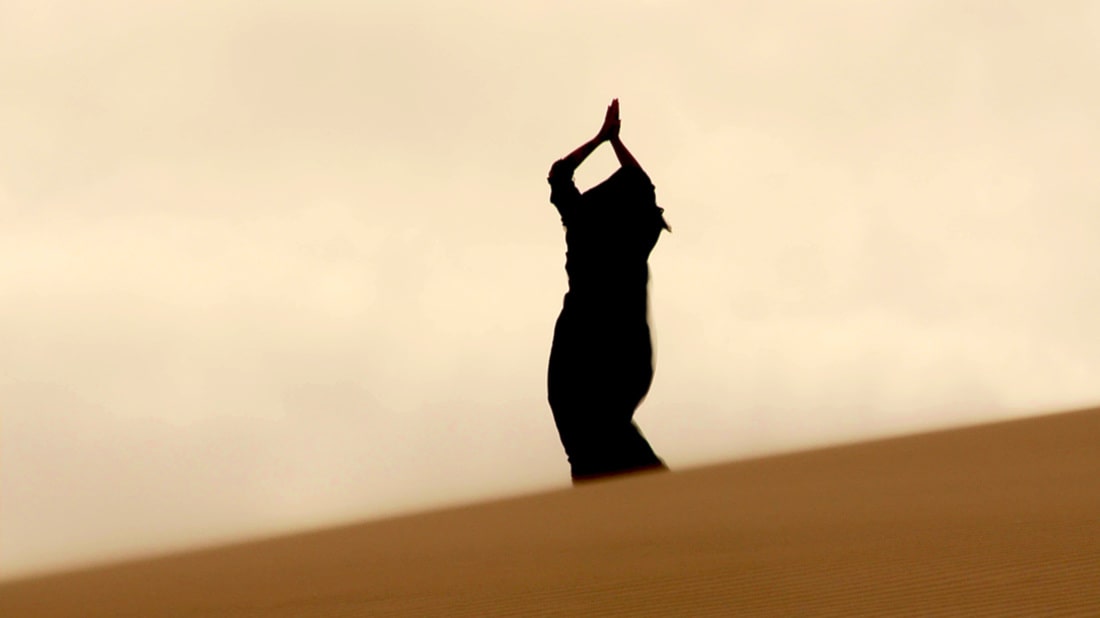 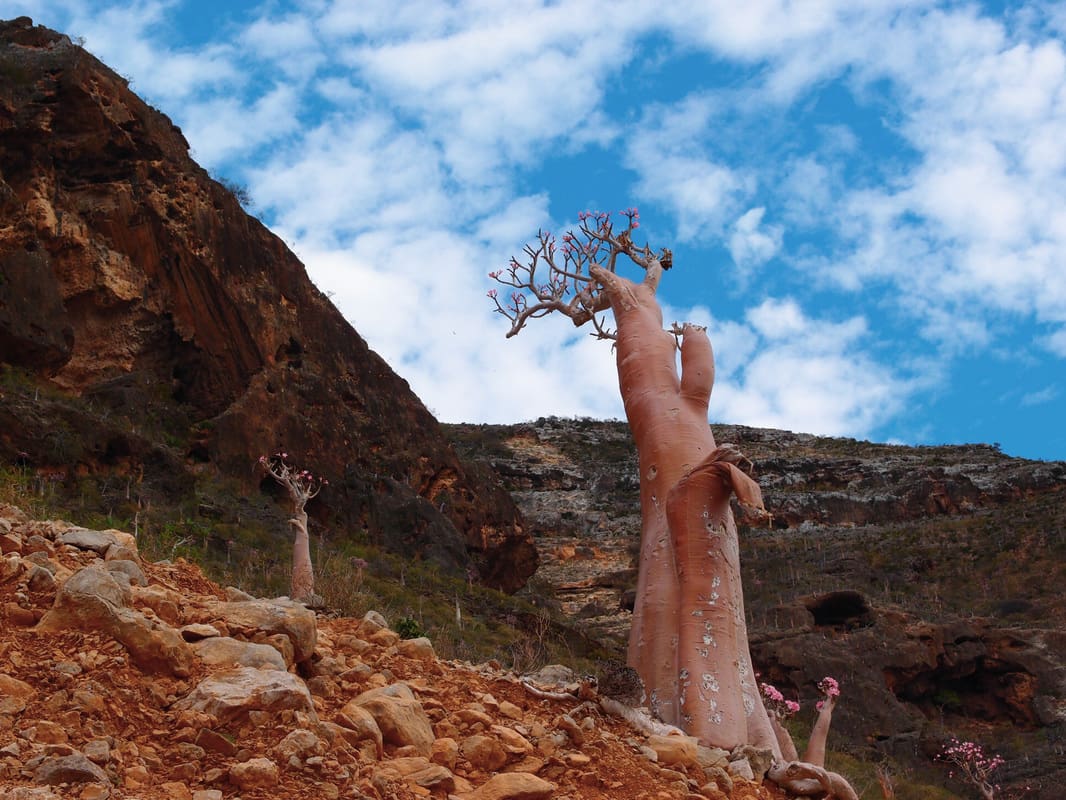 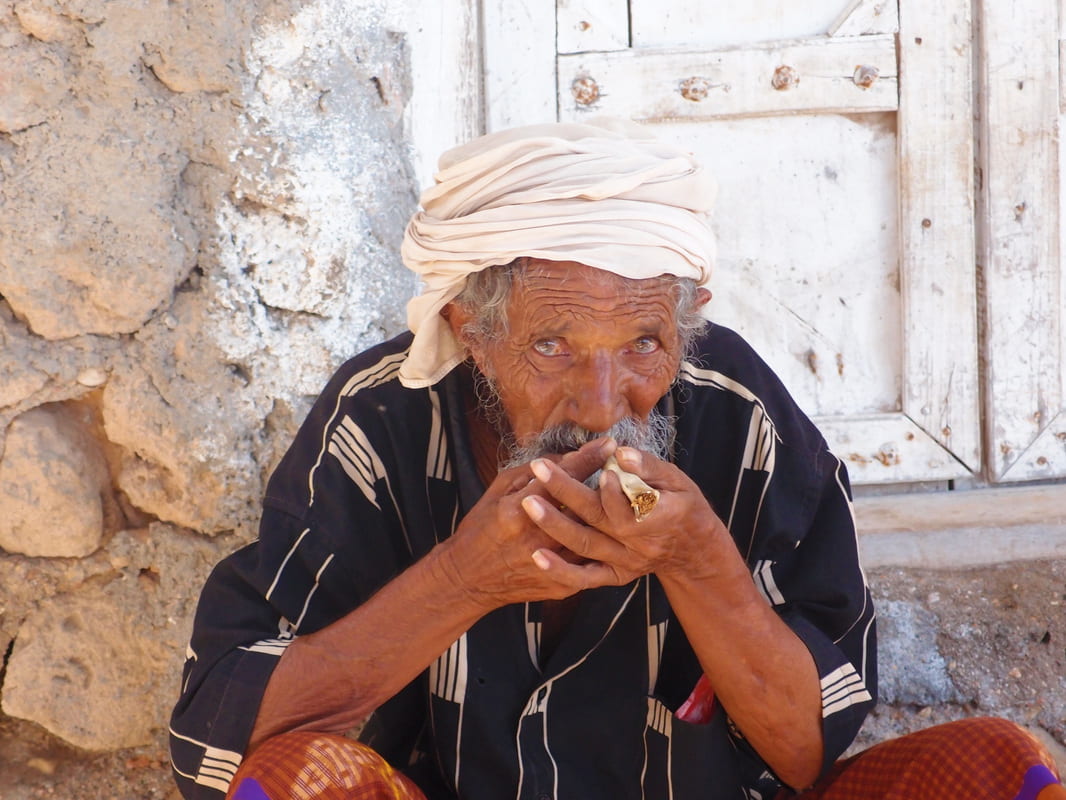 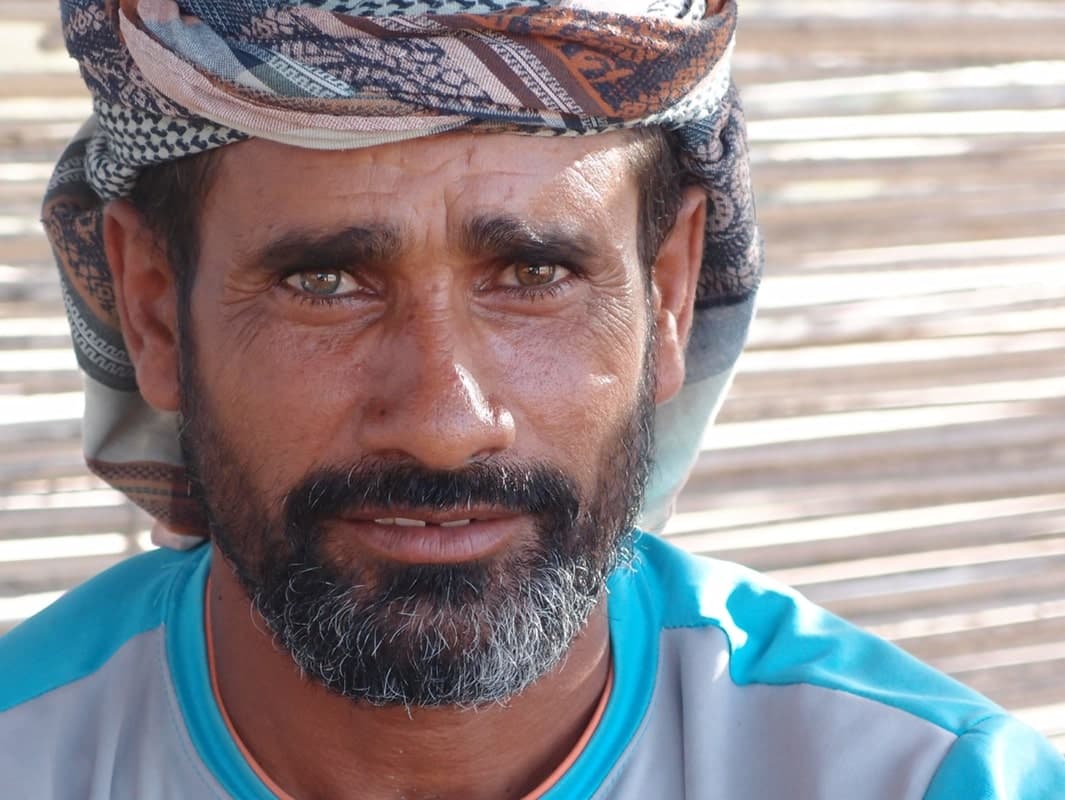